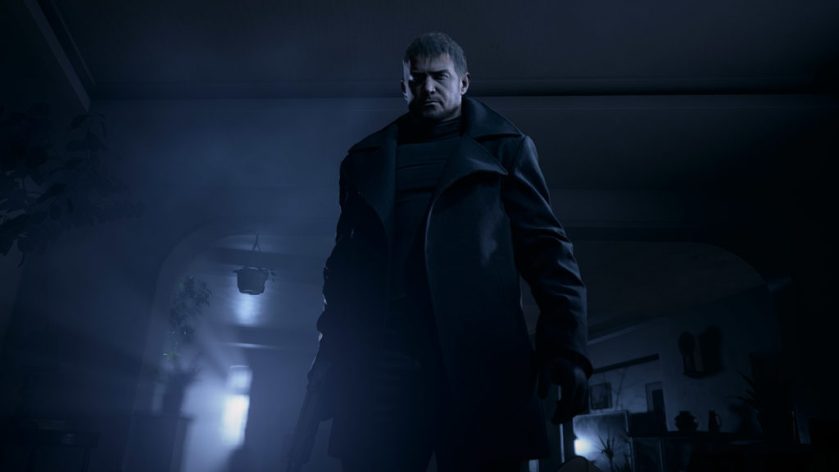 With the pending release of Resident Evil 8 (Village), we thought it would be fun to go through our top 5 mainline Resident Evil games.

Mainline, in our definition, means every numbered Resident Evil (1-7). That means Revelations 1, 2, Code Veronica, and any other non-numbered entries will not be considered. Let’s get into it!

Resident Evil 5, according to merriam-webster, is the definition of a co-operative experience. Building on the mechanics of the transformative Resident Evil 4, Resident Evil 5 takes you and a friend to Africa to fight off the Majini. Resident Evil 5 pulls a lot of inspiration from 4, but to its own demise, felt slightly dated at release. The control scheme, pacing, and setting were criticized, and the franchise felt it was straying away from its horror roots more than Resident Evil 4. Despite these flows, however, the co-op experience and replay-ability allowed for endless fun. Though it has received a lot of criticism over the past few years, it deserves a spot on my list for those reasons alone.

I feel like Resident Evil 3 Remake was made specifically for speedrunners. First-time play-throughs of the game will take around 5-6 hours, but subsequent playthroughs can get as low as an hour (for an amateur speedrunner). This extremely low playtime can be done so thanks to the endgame unlocks (infinite launcher) and the game being generally short once you know what to do. The beauty of a Resident Evil game really lies with the second and third playthroughs – the playthroughs where you already know how to solve the puzzles, but you keep coming back because you just want to keep playing the game and unlocking new weapons/outfits. Capcom always does a phenomenal job with post-game unlocks and incentivizing players to play through their games again, and kept the tradition alive with Resident Evil 3 Remake. With in-game achievements that give points for the player to spend on new unlocks, Resident Evil 3 Remake is just as exciting to replay. There are missteps, such as the cut Clock Tower section, but overall, it is a great experience.

Resident Evil 2 Remake may just be the perfect remake. From the faithful re-imagination of the Police Department to the incredibly realistic (and endlessly stumbling) zombies, RE 2 Remake shows that a remake can stay true to the original game while innovating on the formula. Speaking to the game itself, the Police Department is one of the greatest Resident Evil “levels”, creating tension with the omnipresence of Mr. X while rewarding curiosity with near-constant loot around every corner. As with most Resident Evil games, the first half is phenomenal, with the back half being very “lab-y”. In my opinion, Capcom has mastered the first half of Resident Evil games but needs to work on pacing towards the end. Outside of this critique, Resident Evil 2 Remake stands on its own as a phenomenal game and adds variety to the experience with Leon and Claire’s paths. If anything, the sound designers deserve an award for Mr. X’s footsteps – I still hear those in my head sometimes.

Resident Evil 7 saved the series. After the horrendous and out-of-touch game that was Resident Evil 6, morale for the series was at an all-time low. No one knew what direction the next game was going to take and were understandably worried. Would Capcom follow the money or follow the community? Considering Resident Evil 6 was the best-selling entry, we were all concerned.

However, Capcom re-invented their formula with Resident Evil 7. Taking a step into first person made the game feel more personal and realizing a more grounded setting and story made the game feel more immersive and horrifying; especially when playing in VR. The game was a re-invention, but also held onto what made the original Resident Evil games great: tense gameplay, immersive locations and tight inventory management. Resident Evil 7, of course, has similar pacing issues that I talked about previously (mainly referring to the ship and mines sections), but really shines when you’re on the Baker’s property. The other criticism I would give is the lack of enemy variety, which seems to be addressed in the upcoming Resident Evil Village. Outside of these criticisms, Resident Evil 7 fit the mold of what I love: first-person horror, replay-ability, and shooting baddies. I’ve played through the game in VR, on the PS4, and on the Xbox Series X. Of all these, I still remember my first playthrough in VR the most. It was truly horrifying and showed me that Capcom were serious in re-invigorating the franchise.

I asked Harrison for his take on the top 5, and here’s what he had to say:

While Resident Evil 3 Remake falls more on the action side in comparison with Resident Evil 2 Remake, I still really enjoyed the game. Like RE 2 Remake, RE 3 is visually stunning, with Capcom doing a great job at modernizing the formula and creating an incredibly tense atmosphere. I am upset that Capcom cut corners with the removal of the Clock Tower section and was disappointed with the shorter length of the game even with the first playthrough.

Resident Evil 5, while not as good as its predecessor, holds up on its own as a great entry in the franchise. Co-op is the way to go with this game, since Shiva’s AI is atrocious. Aside from some silly moments like Chris punching the boulder at the end of the game, Resident Evil 5 was a great co-operative experience

This is a perfect example on how to do a video game remake. Beautifully gory, completely modernized, and fun to replay, this game ticks all of the boxes.

To mirror Nick’s sentiment, there’s not much more that can be said. Resident Evil 4 is a masterpiece of its time but could use a remaster or remake as it doesn’t hold up that well today. Hopefully, the upcoming VR version will help streamline some of these dated gameplay mechanics (not being able to move while shooting) and provide a fresh take on the game. I stand my ground that as of now, the Wii version is the best way to play Resident Evil 4!

Resident Evil 7 was a soft reboot of the series and completely delivered. Switching to first person was such a smart move as it increased the tension of the game and gave us an even more detailed looked into the RE world. The setting was great as well and really gave us that haunted house feeling from the first game. Overall, I like the direction that this series is heading after Resident Evil 7.

Well, those are our lists! You’ll notice a haunting omission of the original Resident Evil, and there’s a reason for that. Quite frankly, neither of us played the game when it first released and are both about half-way through the game currently. I’m not sure if it would overtake any of the entries on our lists, as the original Resident Evil does feel quite dated. Even 2015’s remaster features the same tank controls that were present in the original release. We would love to see a remake done in the same vein as Resident Evil 2/3 and would welcome it with open arms.

To the Resident Evil 6 fans, sorry, but come on.